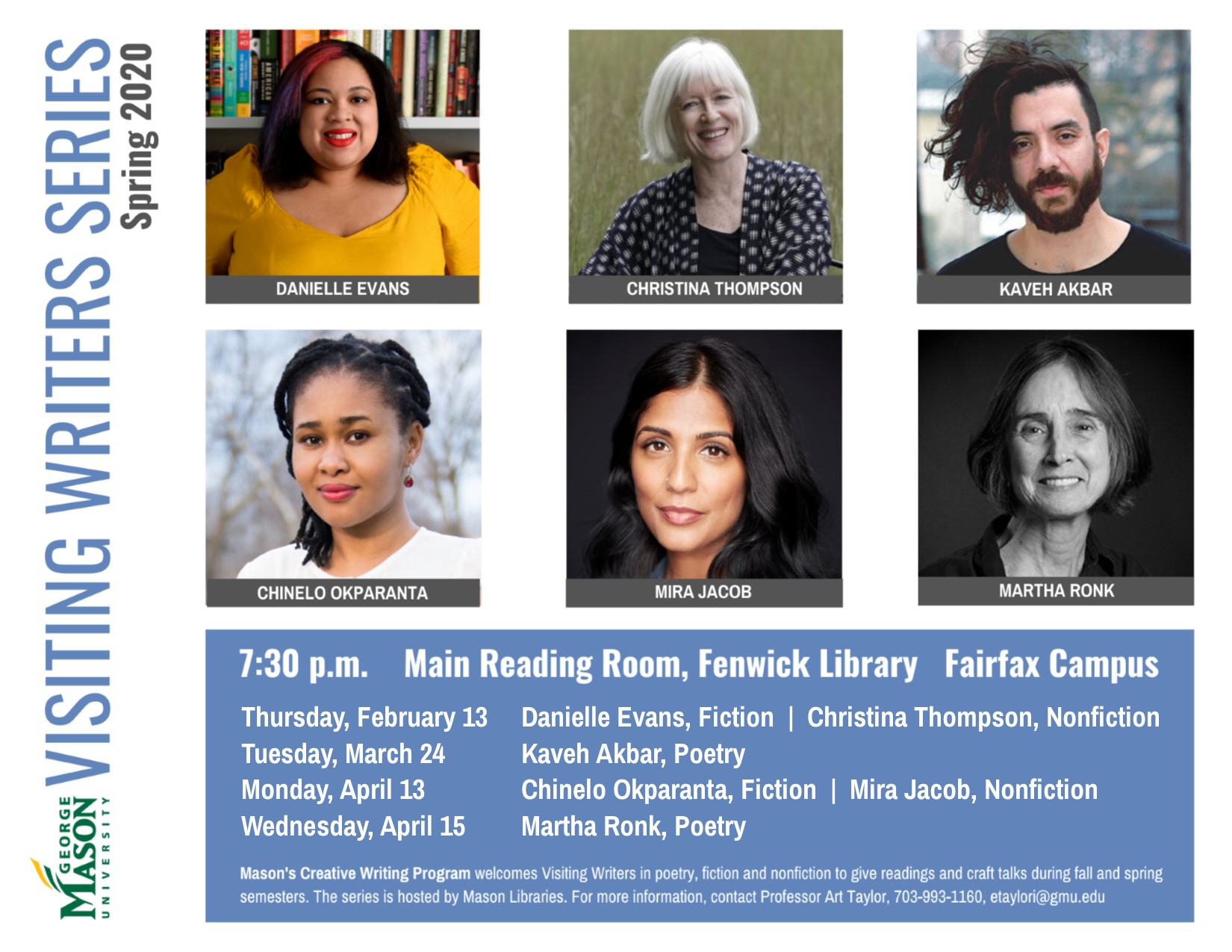 Fiction: Danielle Evans is the author of the short-story collection Before You Suffocate Your Own Fool Self, which was a co-winner of the 2011 PEN American Robert W. Bingham Prize for a first book, a National Book Foundation 5 under 35 selection for 2011, the winner of the 2011 Paterson Prize for Fiction and the 2011 Hurston-Wright award for fiction, and an honorable mention for the 2011 PEN/Hemingway award. Her work has appeared in magazines including The Paris Review, A Public Space, American Short Fiction, Callaloo, The Sewanee Review, and Phoebe, and has been anthologized in The Best American Short Stories 2008, 2010, 2017, and 2018, and in New Stories from the South. She received an MFA in fiction from the Iowa Writers Workshop, has taught creative writing at American University in Washington DC and the University of Wisconsin, Madison, and now teaches in The Writing Seminars at Johns Hopkins University.

Nonfiction: Christina Thompson is the author of Sea People: The Puzzle of Polynesia, which won the 2019 NSW Premier’s General History Award, and Come on Shore and We Will Kill and Eat You All, which was shortlisted for the 2009 NSW Premier's Literary Award for Nonfiction and the 2010 William Saroyan International Prize for Writing. She received her BA from Dartmouth College and her PhD from the University of Melbourne and held post-doctoral fellowships at the East-West Center in Honolulu and the University of Queensland before becoming editor of the Australian literary journal Meanjin. Since 2000 she has been the editor of Harvard Review, and she teaches writing at Harvard University Extension, where she was awarded the James E. Conway Excellence in Teaching Writing Award in 2008.